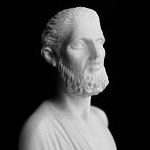 The President and the Committee of the Hellenic Medical Society UK have the pleasure of inviting you to The Hippocratic Oration 2016.

Our Hippocratic Orator 2016 is Professor Nicholas D. Mazarakis Imperial College London who will give a talk with the title:

“Harnessing viruses for gene therapy and modelling of neurological diseases”

The event is open to all and will be followed by a drinks reception.

Professor Nicholas Mazarakis – biography:
Professor Nicholas D. Mazarakis holds the Lucas-Lee chair of Molecular BioMedicine and is head of Gene Therapy in Brain Sciences, Faculty of Medicine, Imperial College London. He is a molecular neuroscientist with an international reputation in gene therapy of neurological diseases. He has served as Vice President of Neurobiology at Oxford BioMedica plc, where he pioneered the first ever lentiviral gene therapy to the clinic for Parkinson’s disease (ProSavin®). His research focuses on investigating molecular pathways of neurodegeneration and developing translational gene therapies for neurological diseases. He received his Ph.D. from King’s College University of London and is an elected fellow of the Society of Biology. He has lectured in conferences worldwide and published in top science journals such as Nature, Science and PNAS. His research is supported by several grants including an Advanced Investigators award in 2008 and a Proof of Concept grant in 2013 from the European Research Council.